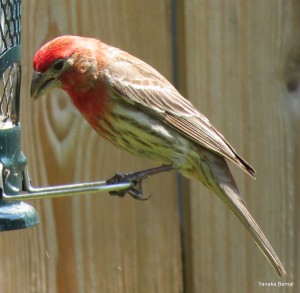 I caught this House finch on one of my backyard feeders. After I read the description of this bird, I do not feel as good about feeding it. Not that my efforts alone could mitigate the 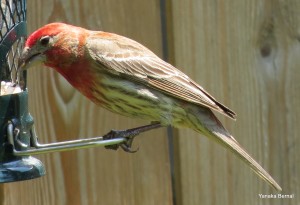 damage this bird as done but the thought crossed my mind. They have been naturalized to this area for 70 years now.

This bird was originally from Mexico but were brought to New York as “Hollywood Finches.” Then owners released them to avoid problems with the law when the Migratory Law Act was being enforced. Since then, they now cover the entire United States and portions of Canada and their native Mexico.